Is it really possible to be a solipsist? Even a philosopher like J.G. Fichte, bombastic post-Kantian Idealist, who attempted to ground all knowledge in the ‘I’, ultimately realised that his ‘I’ would be nothing, unless it was in contact with a substantial, external world; a world that, crucially, had other people in it. For Fichte, the ‘I’ is called to an awareness of itself by a ‘summons’; a summons which could only be issued by another ‘I’ – another free and rational being.

I am ‘I’. I am certain of my own thinking – the only thing, as Descartes famously asserted, that no- one could ever doubt. Cogito Ergo Sum. I know that I am conscious, that I am a point of experience that exists both within, and somehow behind and off to the side of, the external world. Everyone else, on the other hand, might be what contemporary philosophers of mind call a ‘cognitive zombie’: an empty thing, that just looks like a minded, conscious individual – going through the motions of what it is to be an ‘I’.

All philosophical skepticism is expressive of anxiety. An anxiety that maybe the world as I know it isn’t real; that maybe the people I find myself drawn to make connections to have nothing inside them, after all. That not only can I never know, I can never be known.

In their Dialectic of Enlightenment, Adorno and Horkheimer claim that all knowledge is grounded in the primal fear of the unknown. We have a drive to know things because in knowing them, in naming them, in being able to say what they are, we are able to figure out how to control them. Bruce Chatwin tells us something similar in The Songlines – that human intelligence evolved as a defence mechanism, a weapon in our early species’ foundational struggle against a large, cat-like predator, which hunted apes, before meeting its match in our brains and going extinct. The rest of human history has been spent fretting, trying to invent new threats, which might take that dead cat’s place.

Enlightenment, for Adorno and Horkheimer, was little more than a giant security racket. Promising to guard us against various threats, real or imagined, modern natural science and technology has churned the world up and made it even less safe: progress as marked from the sling to the atom bomb; the wholly Enlightened earth “radiant with triumphant disaster.” And of course, if you follow Chatwin, we like it that way.

We feel driven to know other people. This is at least in part from fear of not being known. A child of around a year old, might be happy playing by itself, but then immediately start crying when it sees its parent leave the room. In the look on its face, it discloses the truth of its fear: that with you gone, so might it too disappear.

With the Internet, and then with Smartphones, we invented magic: the means to always be potentially in contact with everyone in the world – anywhere, and all the time. The fear by rights should be dispelled: no parent, no friend, need ever leave us again. They are always in our pocket: we might talk to them whenever we like.

And yet the fear, instead, proliferates. On social media, we post: reach out to other people. But thanks to the algorithm, all we receive in reply is ourselves. As we post, as we communicate; as we reach out to others, so the self multiplies. It is as if we are standing in the way of ourselves, always blocking our own view.

In this work, Hosking plays with these ideas through the use of angled mirrors and inlaid paint, infinitely multiplying the viewer while simultaneously obscuring everything else. We become more and more ourselves, and know each other less and less.

If there is hope, it is in the fact that Descartes, after all, was wrong. In his Meditations, Descartes set out to place knowledge on foundations of apodictic certainty, trying to discover something which could not be doubted, to build everything else up from. Sat warming himself by his stove, disbelieving even the heat of its flames, and the chill in his bones, what Descartes discovered was his own intellectual activity of doubting – the “I think”. This much was probably fair enough. But then he leapt immediately, illegitimately, to something else: “therefore I am.”

Just because I think, does not mean I am. That I am thinking, only means that there is intellectual activity going on – it does not necessarily mean that this activity can be attributed to a single, discrete Being. This was Descartes’ error: to think that the self was something simple, transparent; self-contained.

Enlightenment has locked us inwards – but that does not mean we are transparent to ourselves. Self- knowledge is not easy, or obvious: our own first-personal experiences, of ourselves just as much of the world, do not only illuminate – they also obscure. Our own needs, our wants, our motivations – does anyone truly have a perfect handle on such things?

Consider the multiple versions of ourselves that Hosking’s work reflects back on us – together, do these individual adumbrations add up to any sort of comprehensible whole?

Solipsism isn’t possible – because we can only know ourselves through other people. Even if we are looking wholly inwards, we are sure to catch a glimpse of them too. 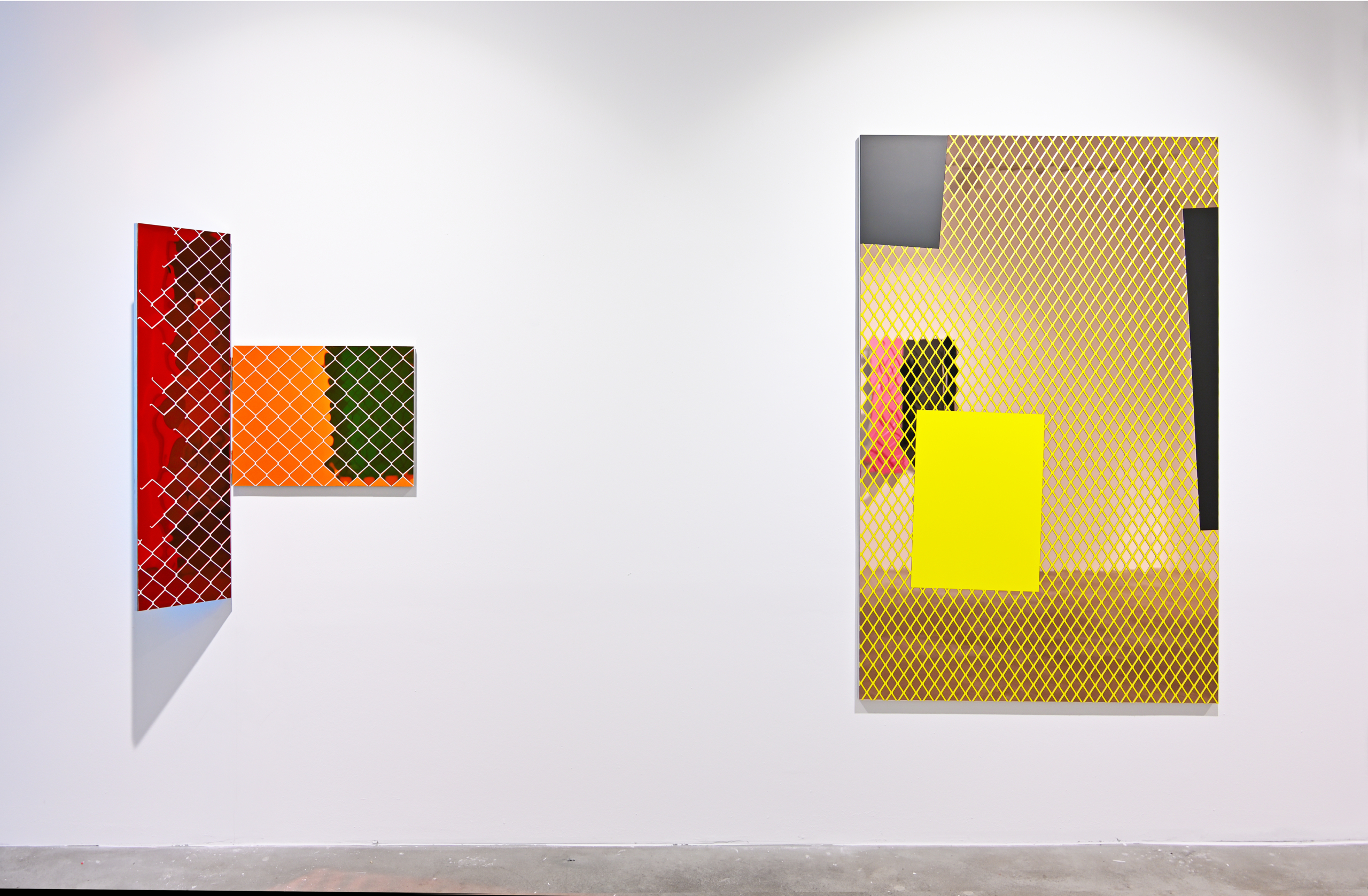 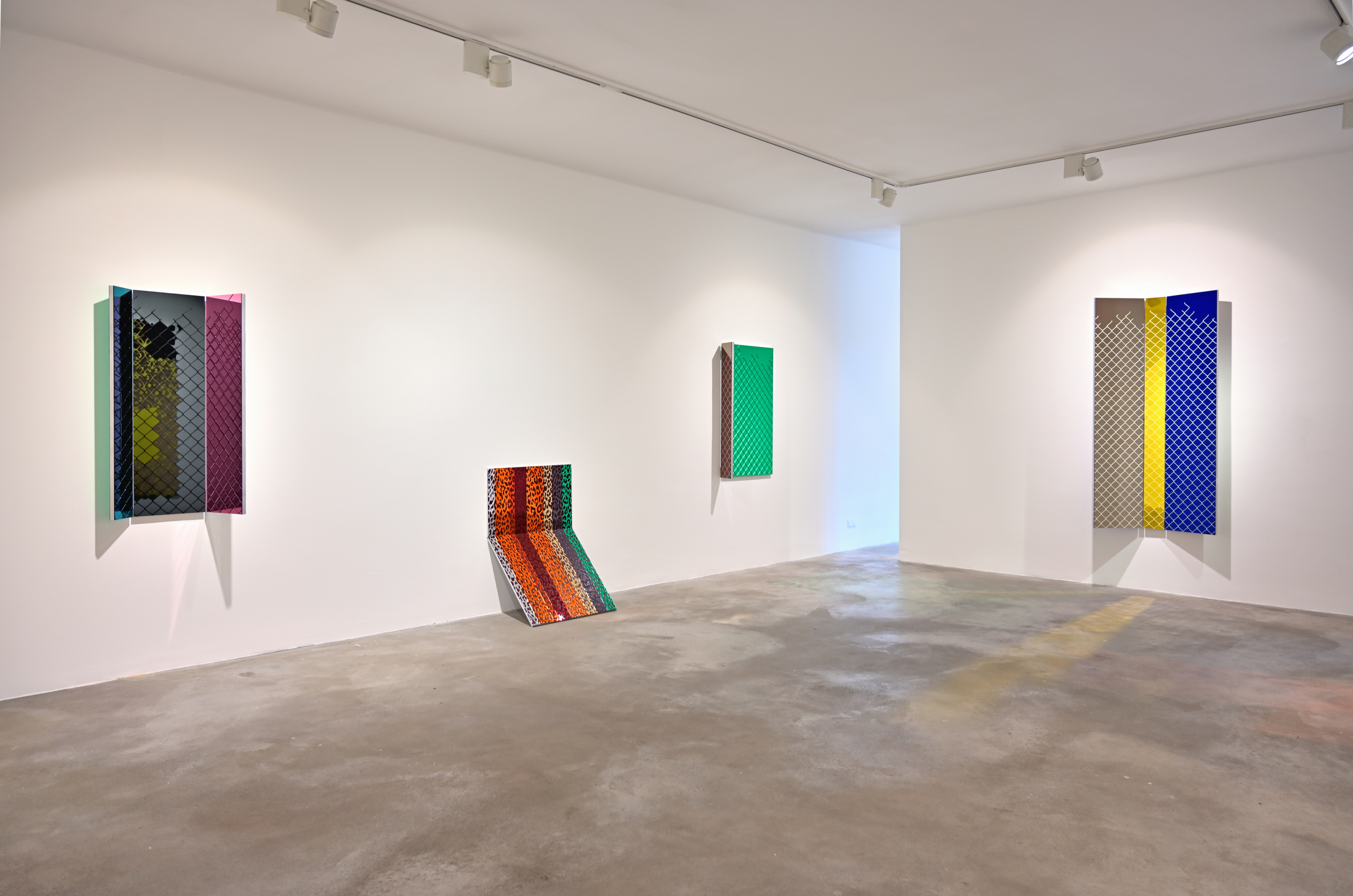 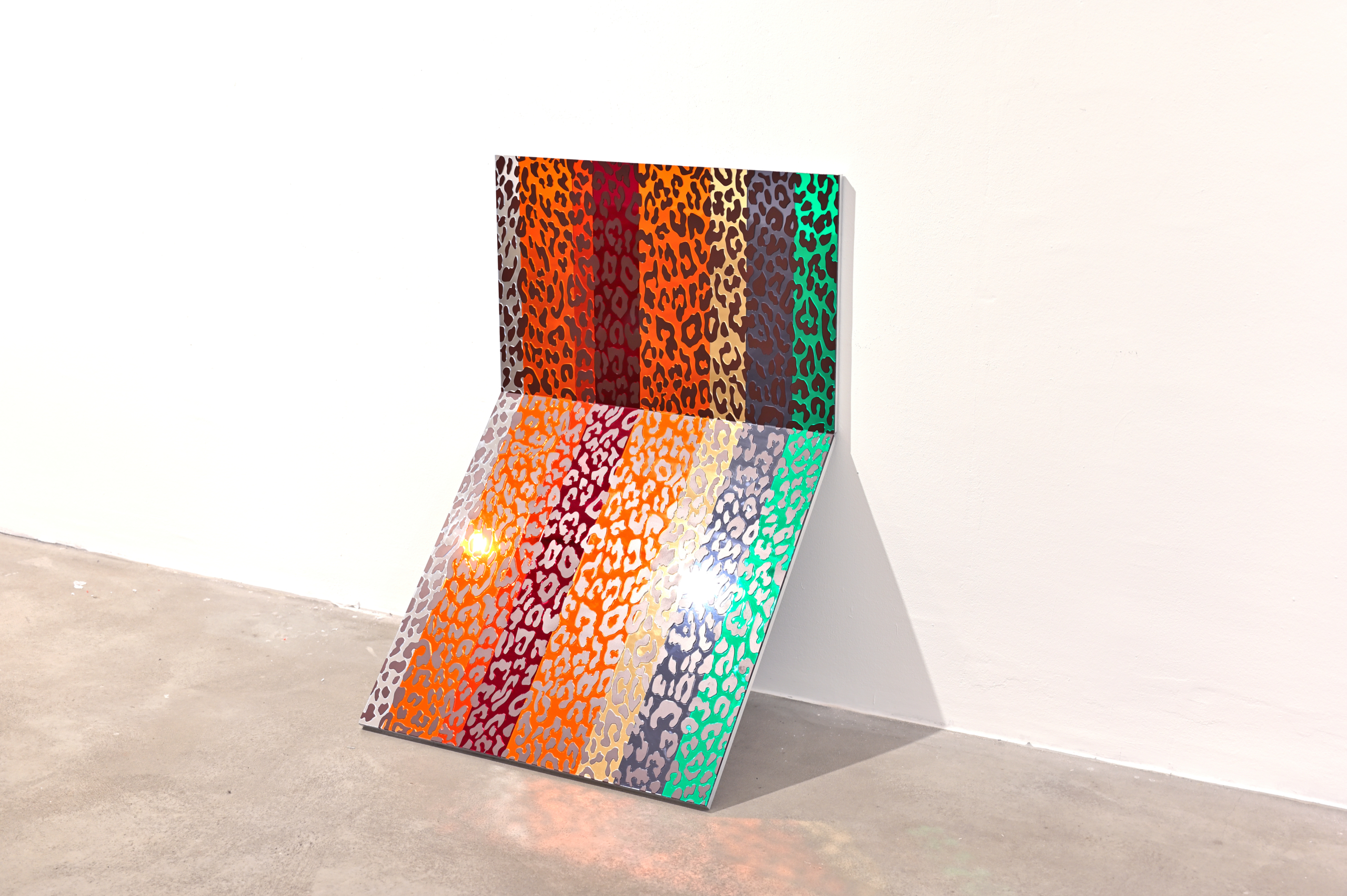 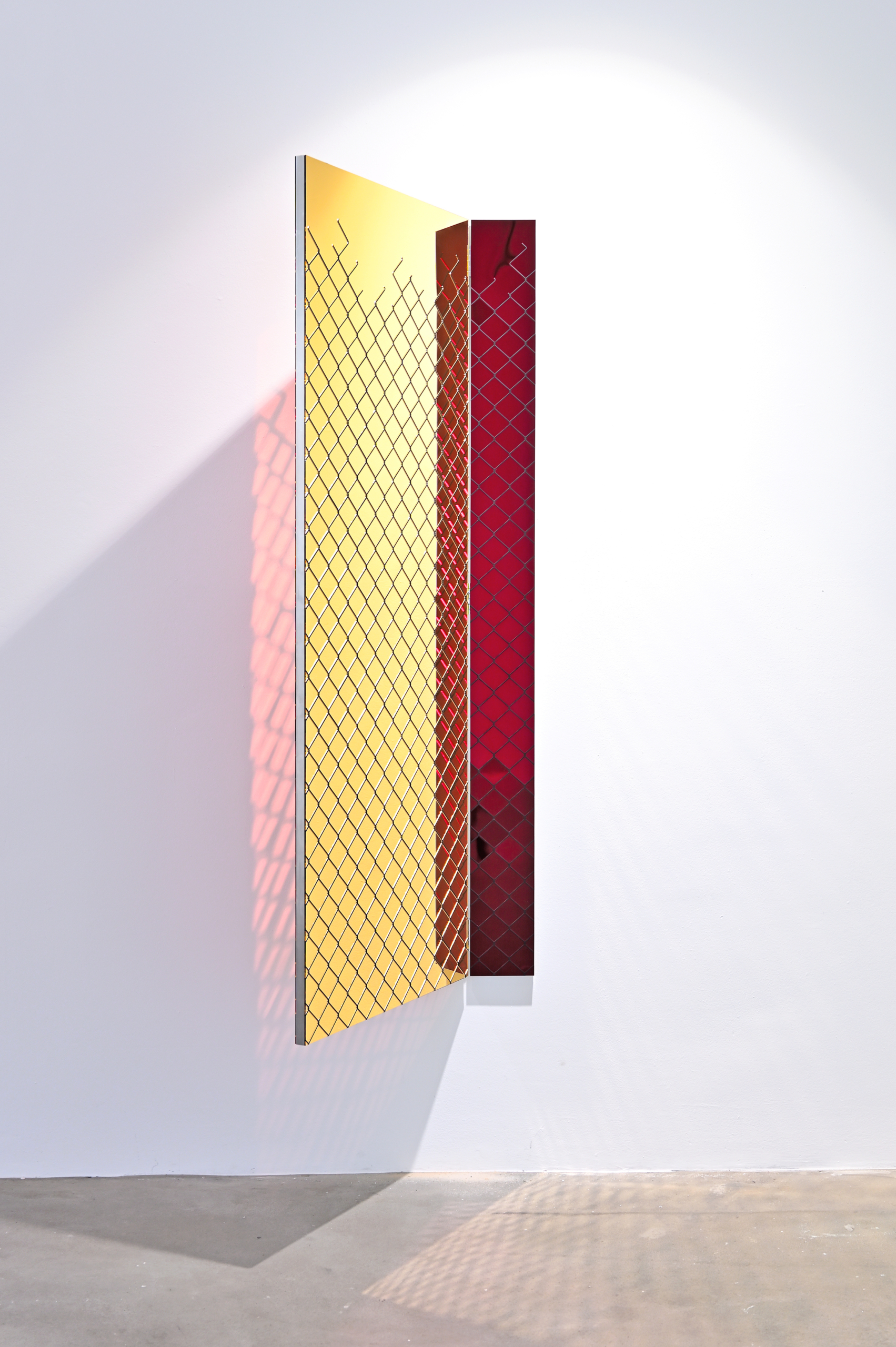 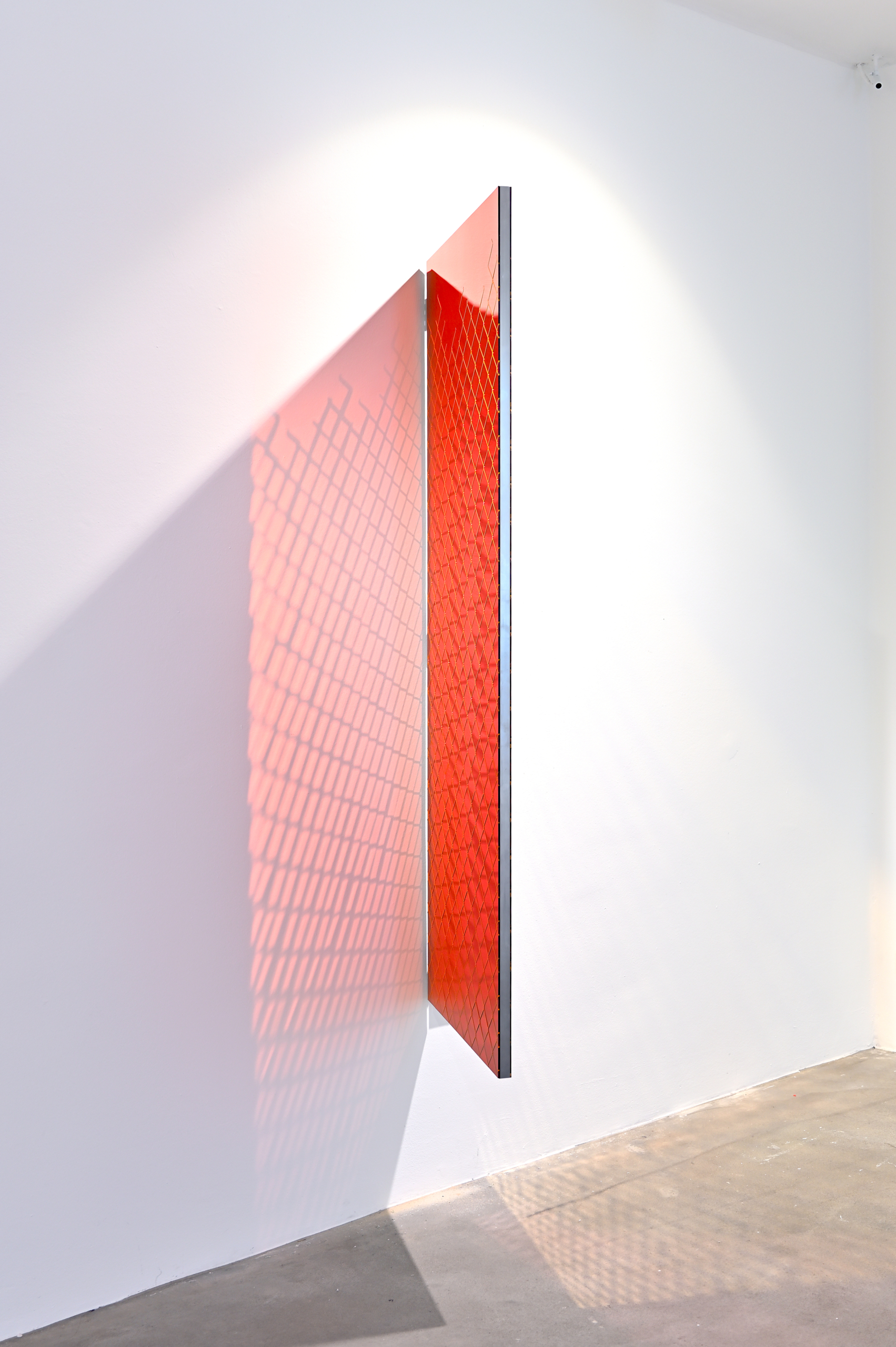 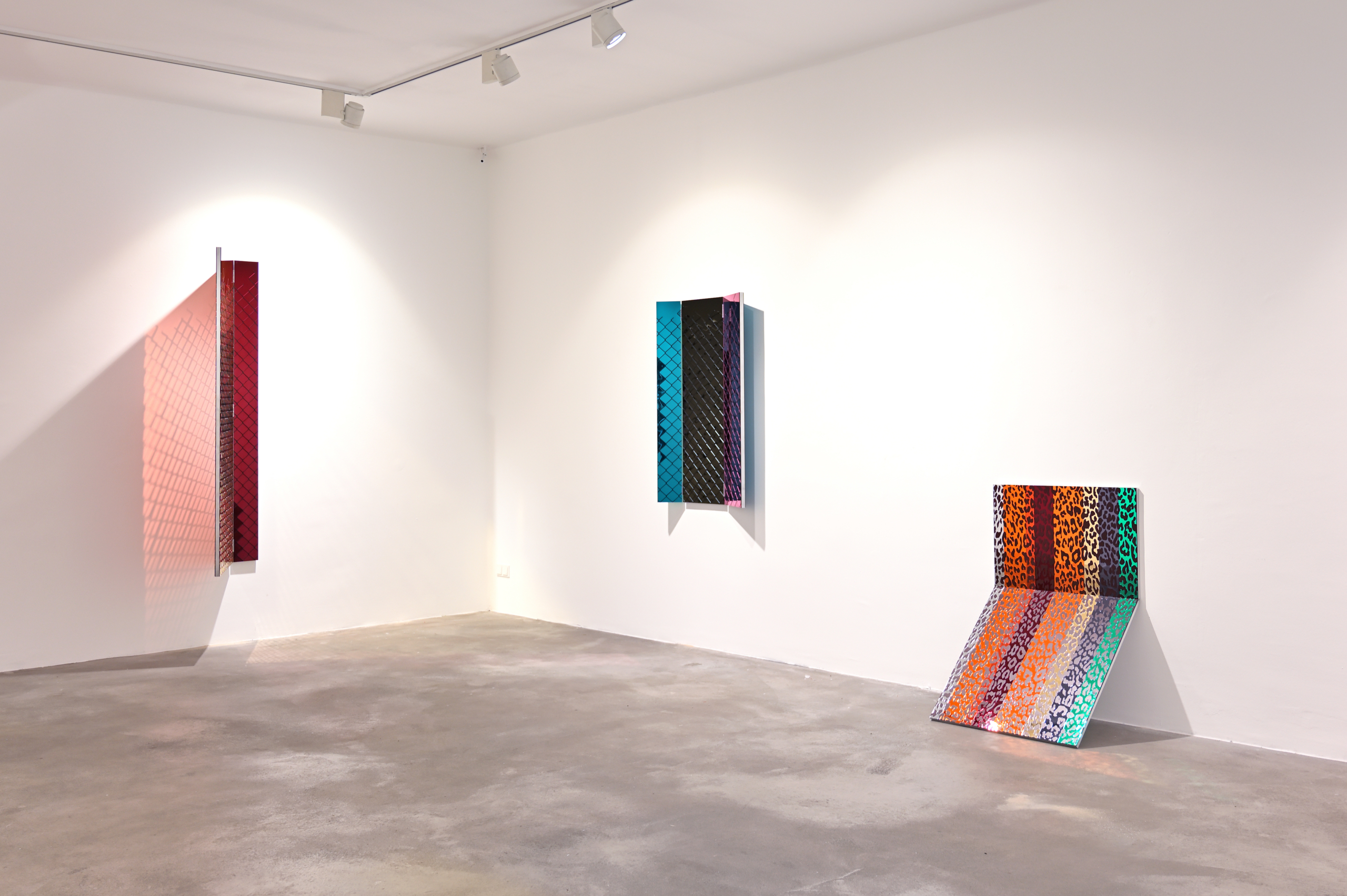 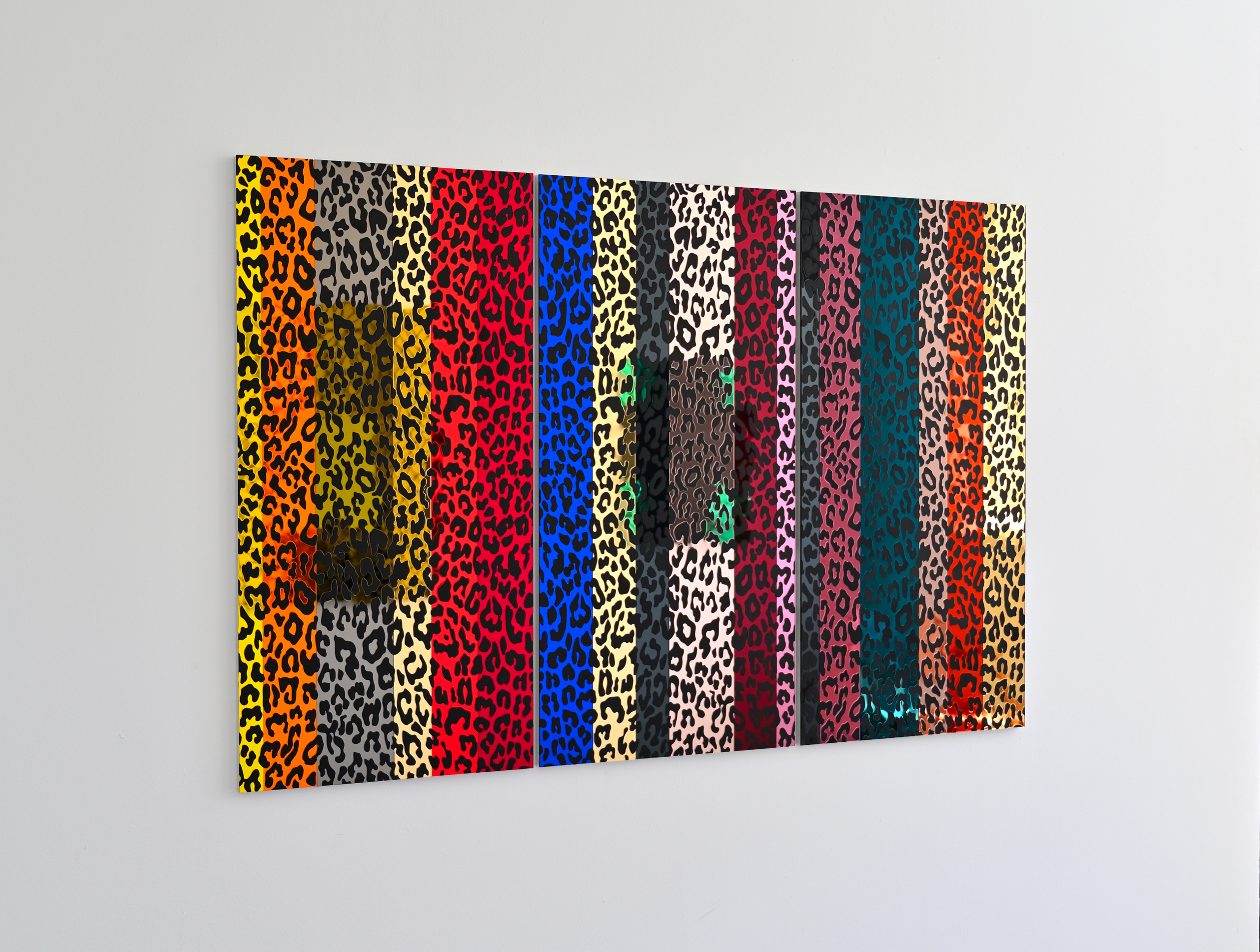 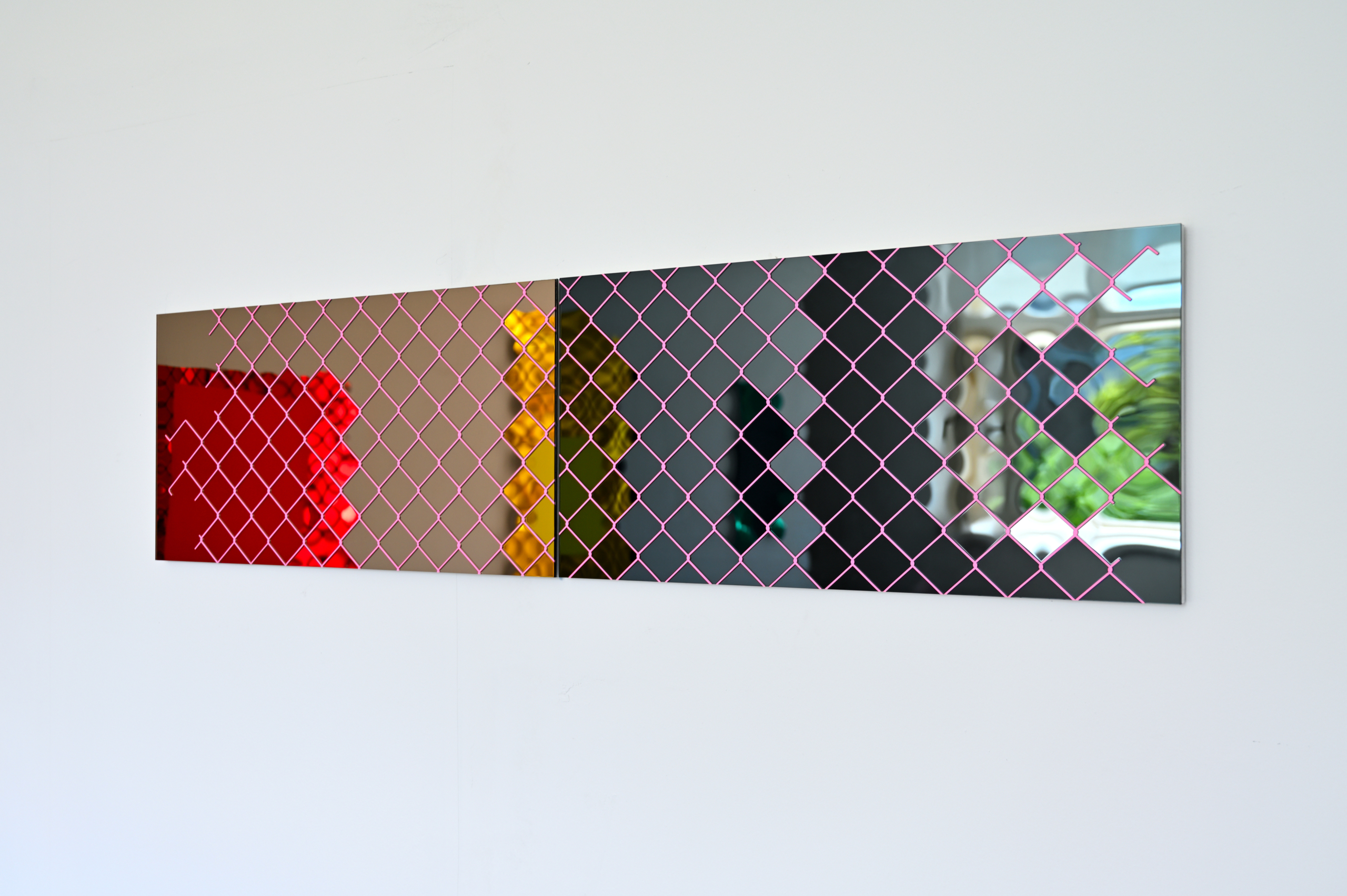 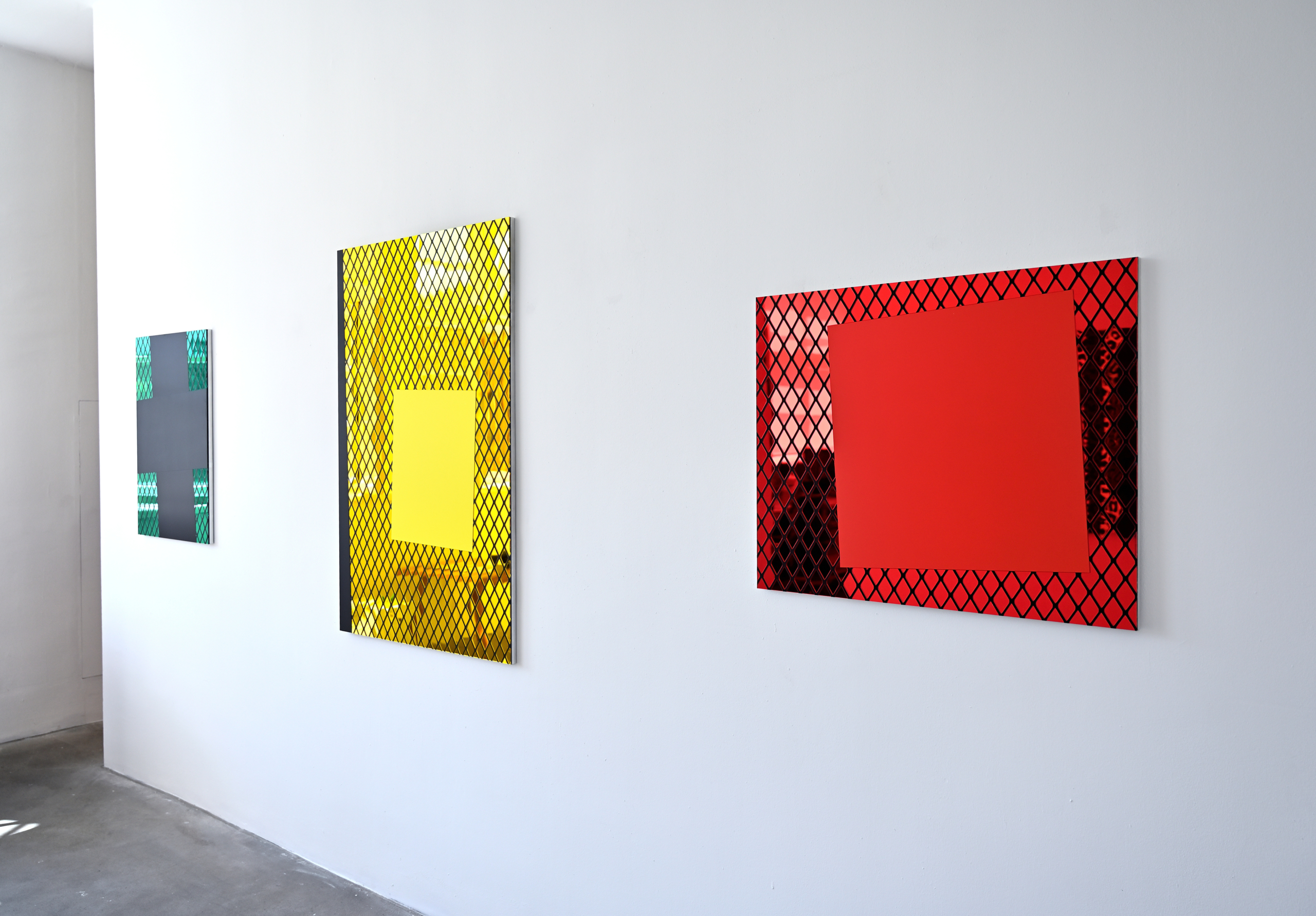 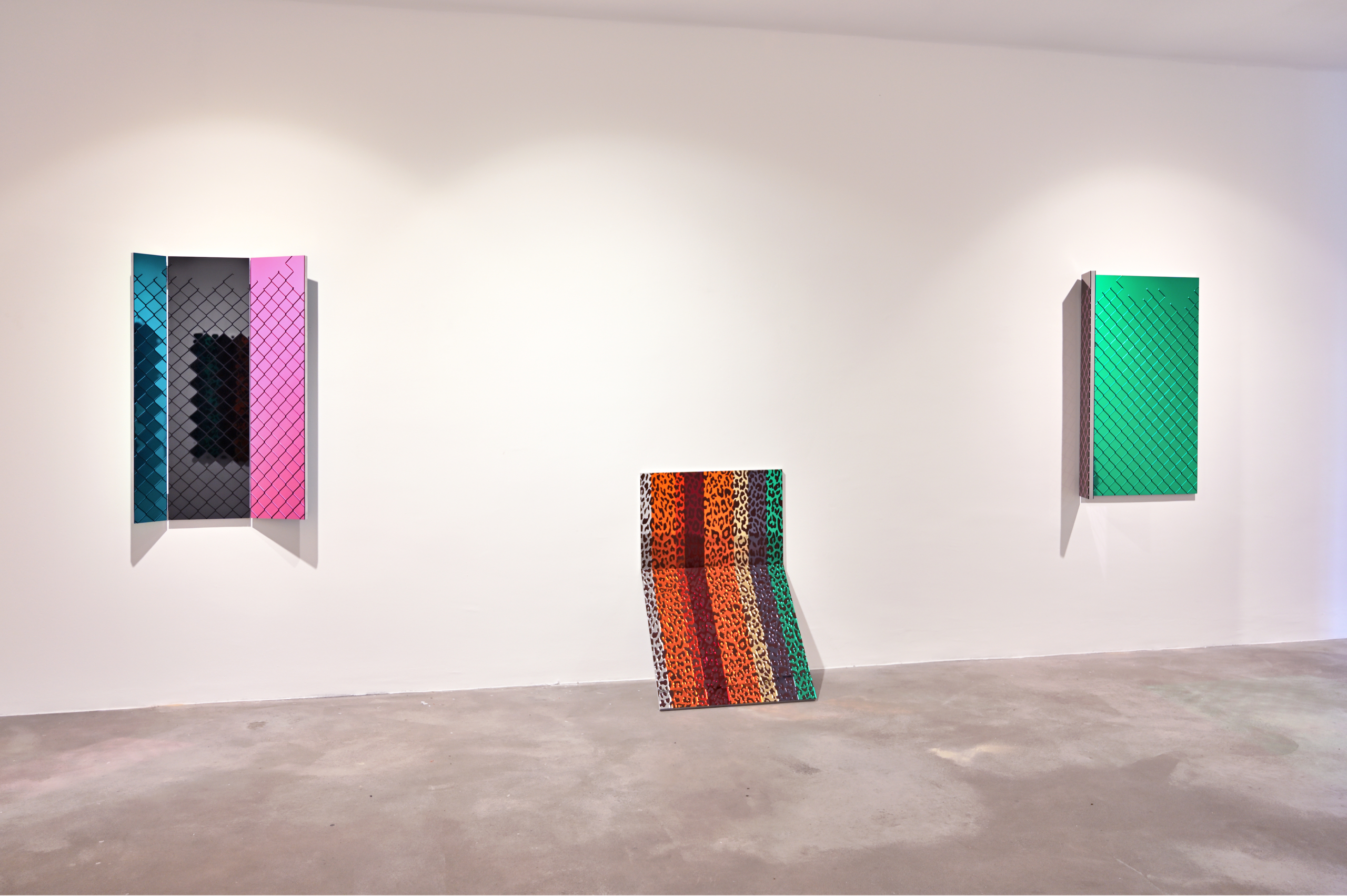 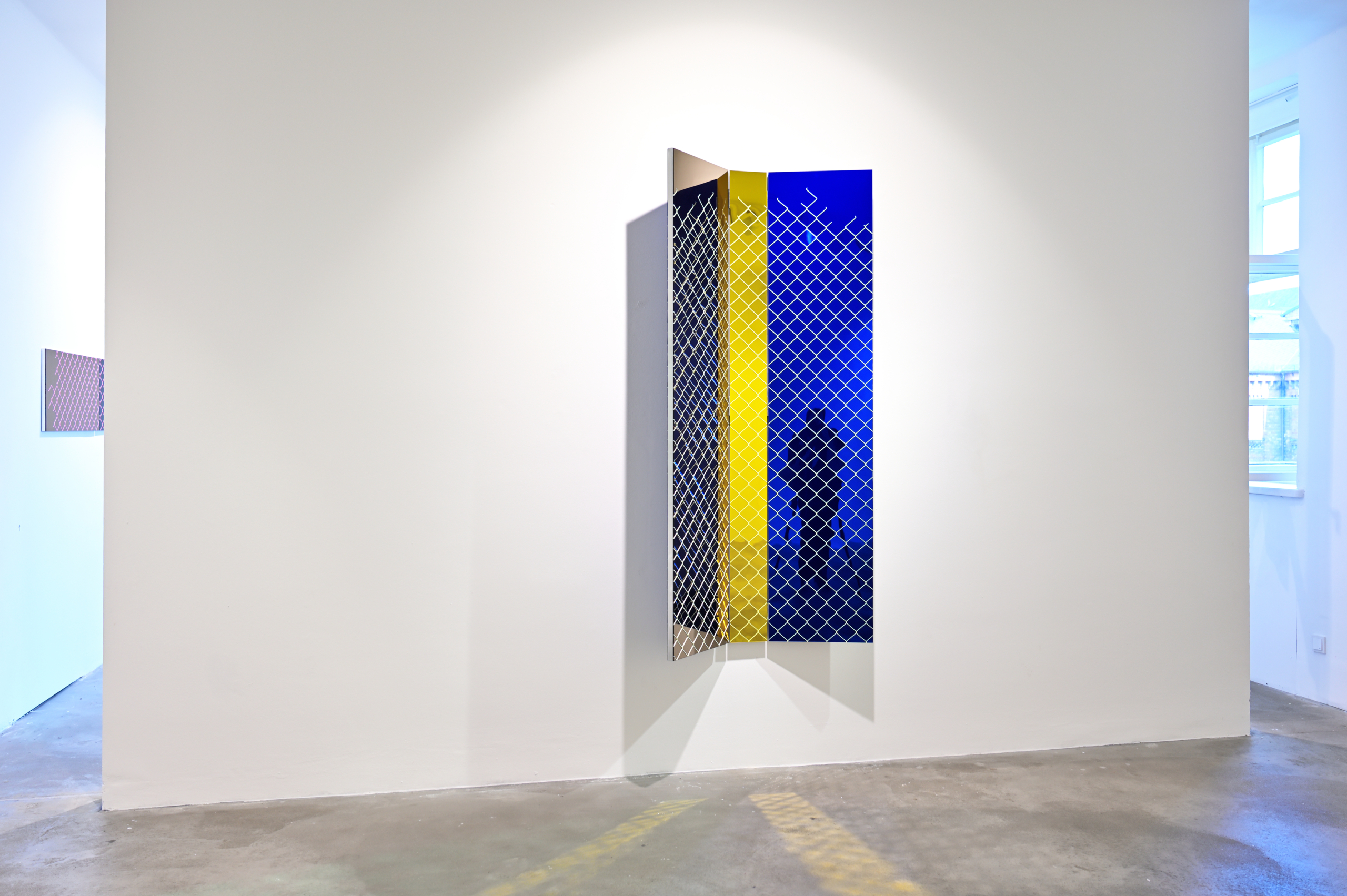 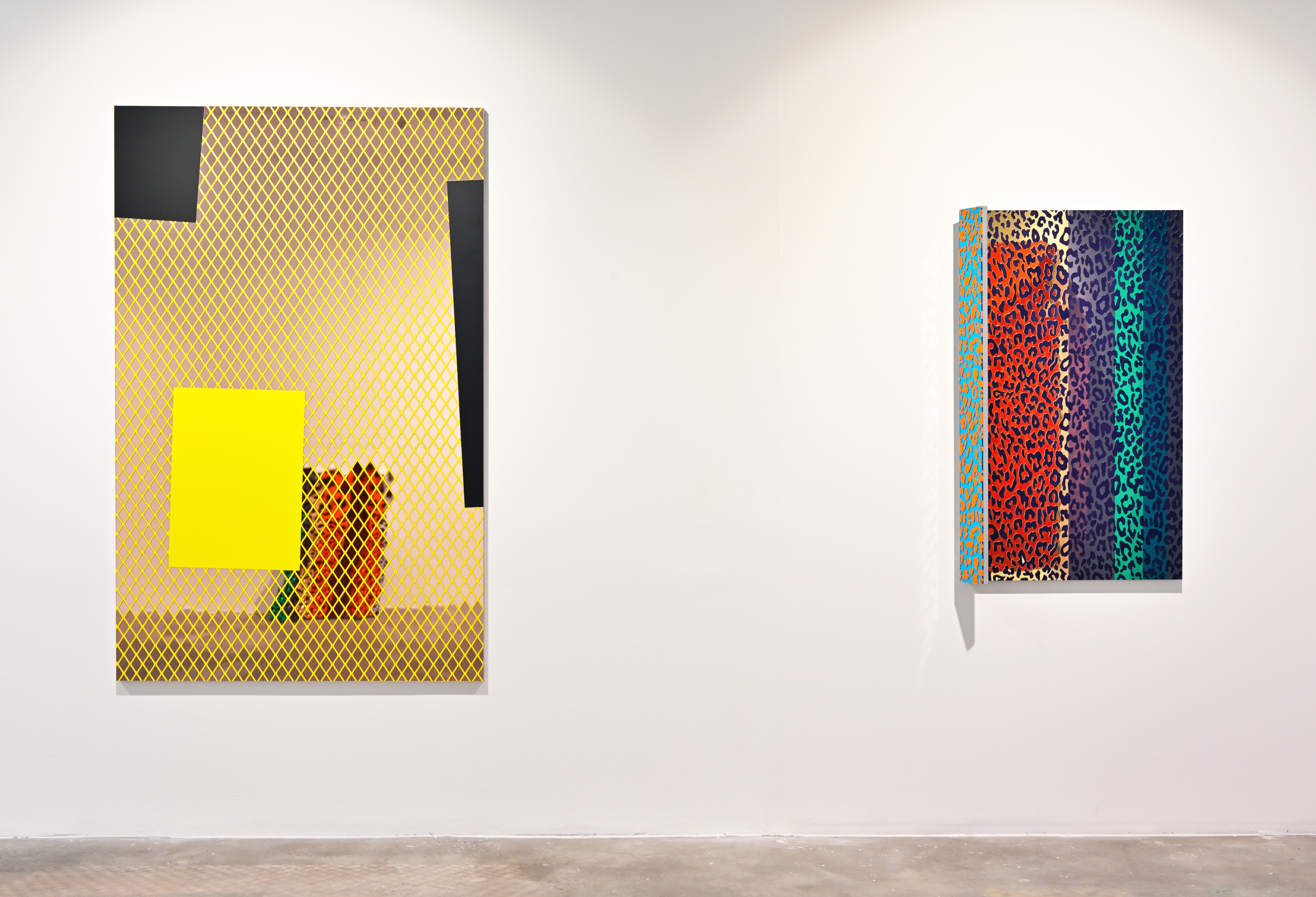 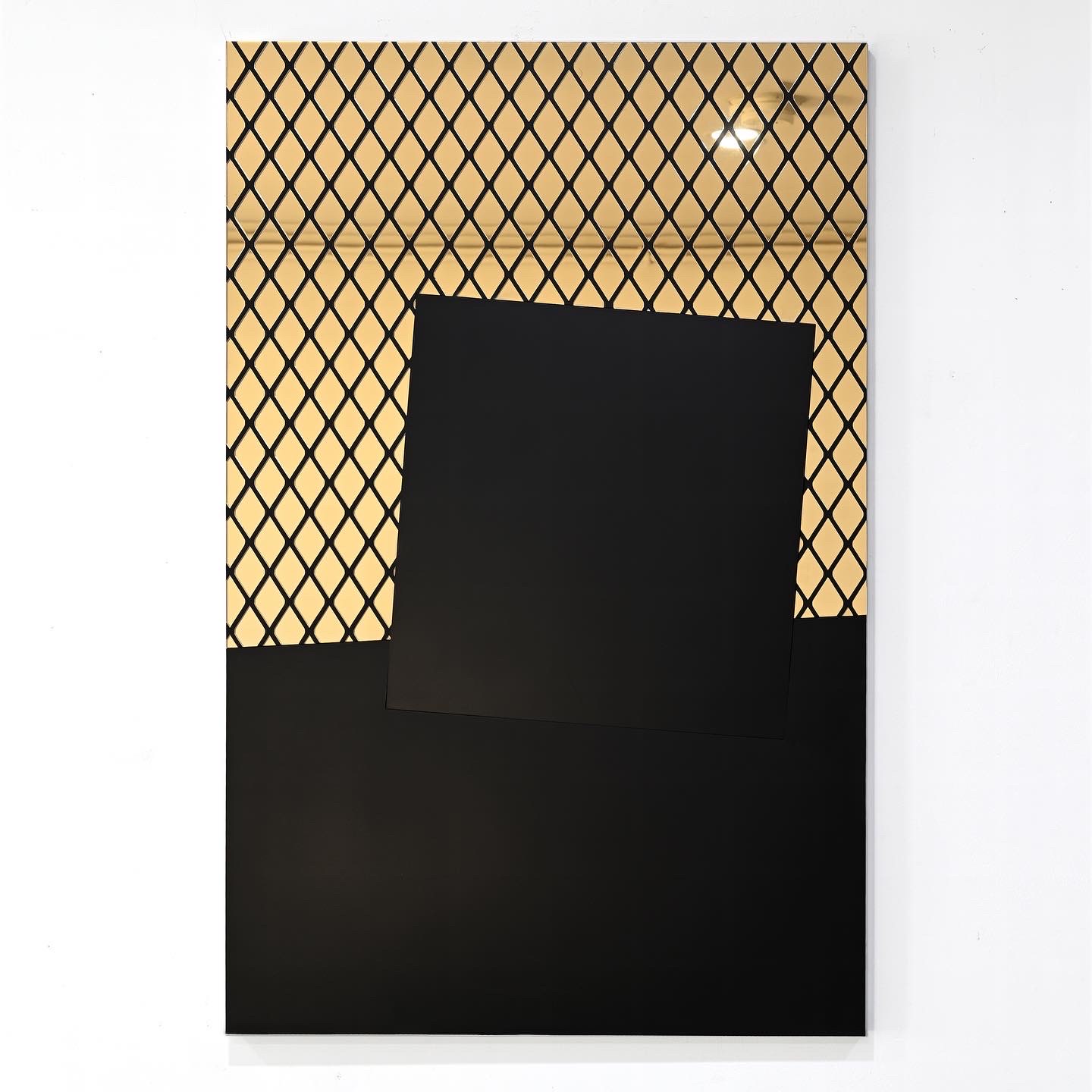 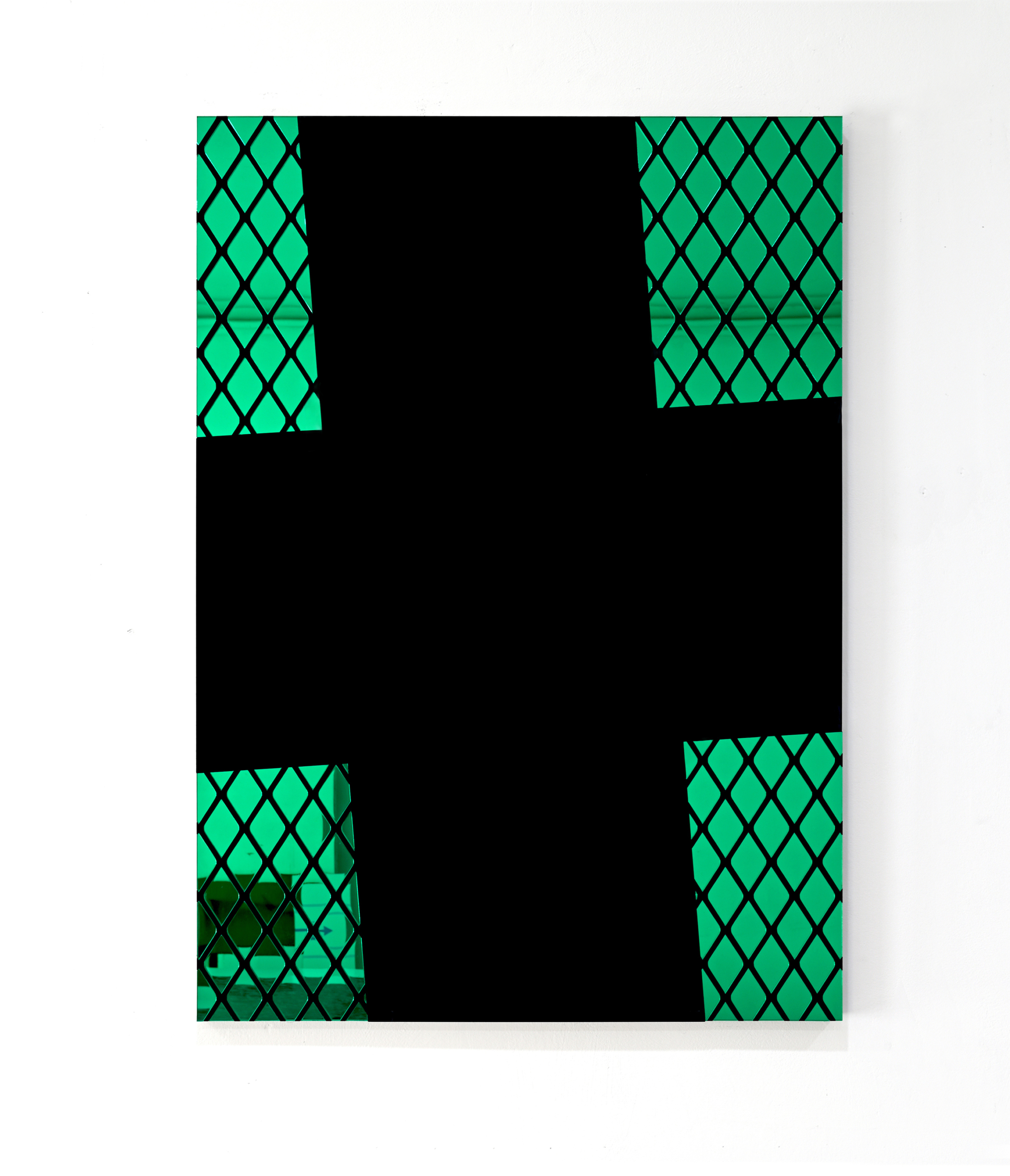 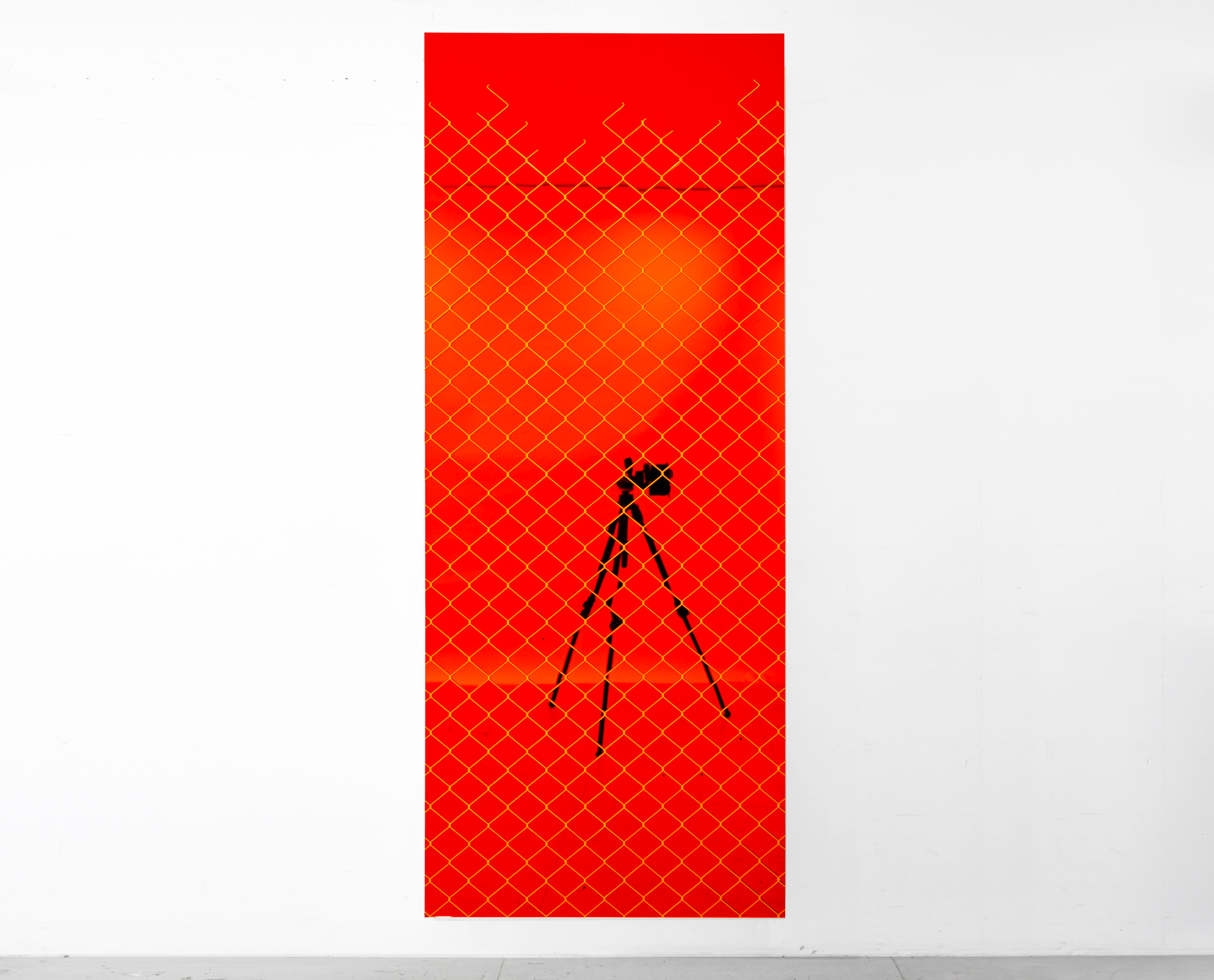